The worrying thing is that more and more people also tend to blindly trust the content they find on the Internet, although they have little or no information about the person or organization behind the content.

I recently visited St Andrews Inn in Stockholm with a few friends. Beforehand, I had checked out the St Andrews Inn web site and so I knew what beer they had to offer. But upon my request for a Double Diamond, the bartender merely shook his head and replied: “- We don’t have that.” Dumbfounded, I went through the beer list on the chalkboard and ordered a Hansa. I had known that they had Double Diamond because their web site stated that fact. And yet, in real life, they did not offer that beer. It’s at times like these when you really need a kick to the head to get your thoughts straight.

Why do so many believe the Internet? Experts claim that it is due to the belief that computers don’t make mistakes. And since the academic-scientific community has developed the Internet, people tend to place far too much trust in stories merely because they appear on a computer screen.

A few weeks ago somebody spread the rumor, on the Internet, that Mariah Carey, upon hearing news that the King of Jordan had died, said the following: “I’m inconsolable at the present time. I was a very good friend of Jordan. He was probably the greatest basketball player this country has ever seen; we will never see his like again.”

Of course, Mariah Carey never said anything like this, but millions of people still believe it to be true. The story spread like wildfire across the Internet, and ran in many tabloids. Somebody wants Mariah Carey to look bad and few people bothered to doubt the authenticity of the statement. It makes you wonder what other stories people could make up and have you believe as a fact. Could medical web sites be fabricated? What happens when people’s lives are at stake? What if someone consults a bogus doctor over the Internet? What if a mother nurses her sick child according to the instructions of an out-of-date web page, or one published by a 14-year old as a joke?

THE INTERNET FORCES us to take responsibility for own actions, thoughts and beliefs about what is the truth. Take a minute to apply a critical mind to content you find on the Internet. If you don’t think twice before forwarding an e-mail message to your friends and colleagues, you may be contributing to further misinformation.

As many of you know, each year the Internet must be shut down for 24 hours in order to allow us to clean it. The cleaning process, which eliminates dead e-mail and inactive ftp, www and gopher sites, allows for a better-working and faster Internet.

This is an e-mail joke that turns up around April Fools day every year, stating that the Internet will be closed during a day for spring cleaning, as old sites are being removed. To me, it sounds like a brilliant idea.

Meanwhile, be skeptical… be very, very skeptical. Because your local bar may not have the beer their web site claims.

Per Axbom is a digital ethicist and communication theorist making tech safe and compassionate through design, coaching and teaching. I help tech professionals make services with compassion, and everyday users feel safe with – and in control over – the technology in their lives. Blogging since 1997. You can help support my work.

The Edge of Digital Ethics 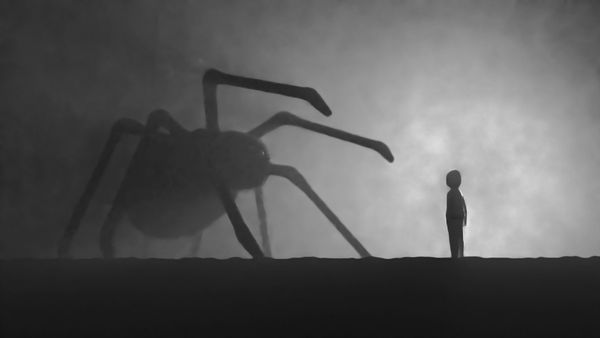 May 10, 1999 AS THE POPULARITY of the Internet increases, it has become quite common to turn to the Internet for information. One tends to favor the Internet because it

April 28, 1999 YESTERDAY, I WENT shopping for a new suit at a store called SAKS. In the store I found myself browsing through different models, different colors, pants with or without lapels, vests with five or six buttons and what have you. I

You've successfully subscribed to The Edge of Digital Ethics
Could not sign up. The sign-up link is invalid.

The Edge of Digital Ethics